Both an HDMI splitter and an HDMI switch can prove to be extremely useful under specific circumstances. But, what are they exactly? How do they work? And what are the main differences between the two?

Well, this article is made with the purpose of thoroughly answering all these questions and more. So, if you’re interested in such things, then keep on reading!

What is an HDMI Splitter and HDMI Switch

At first glance, HDMI splitters and switches may appear to be the same. However, in reality, they are the exact opposite of each other.

This is a simple splitter. Its main purpose is to take one input and turn it into two or more outputs. In other words, an HDMI splitter can be used to connect a single device into multiple screens.

One of the most popular uses that these tools provide is on the workspace. You can use a splitter to connect a single computer into both a monitor and a projector at the same time. If the situation calls for it and you’ve got the right tools, there is always the option of connecting it to multiple screens at once as well.

Apart from that, you can also use an HDMI splitter to bypass HDCP. Some people want that to display pirated content. But the most popular use case is bypassing certain recording restrictions (Usually present in consoles) while also allowing newer devices to work with much older monitors.

This, on the other hand, is an HDMI switch. As you can see in the example above, it does the exact opposite thing. While splitters take one input into multiple outputs, switches take multiple inputs into a single output.

In other words, an HDMI switch can be used to connect multiple devices into a single monitor! This is extremely useful when your display only has one or two ports and you need to use a ton of devices with it. Things like a laptop, consoles, Android boxes, a Chromecast, and anything like that.

Unplugging and plugging in cables all the time is not ideal. Especially when the ports are on a tough to reach location. Of course, HDMI switches aren’t meant to display everything on a single screen at once. Their purpose is to allow us to “Switch” between the various devices with the press of a button and that’s about it.

Best HDMI Splitter to Get in Early 2020

Unlike other gadgets and devices that we’ve previously reviewed, HDMI splitters and switches are relatively simple devices. There are not a whole lot of things to consider. That’s why we can pick some of the best options with relative ease. Here are our top choices in early 2020 across both the budget and premium sectors.

Best Budget HDMI Splitter and Switch in One: Techole 2×1

Techole’s budget solution is quite possibly the best recommendation that we can give at this moment. Not only because it requires no external power while also being very cheap, but also because it can act as both a splitter and a switch in one package. 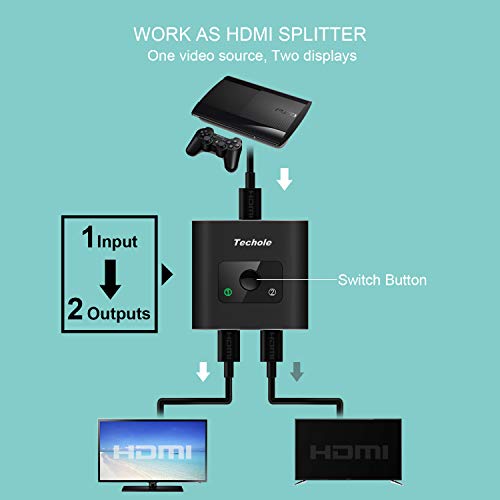 Just do keep in mind that it can not replicate the image from the source in two monitors simultaneously. It has to be with either one monitor or the other.

If you absolutely need to have two or more outputs at once, consider spending a bit more and getting a slightly more premium splitter.

StarTech’s offering is several times more expensive than our budget alternative. But, in exchange, it gives us the ability to use two monitors at the same time. 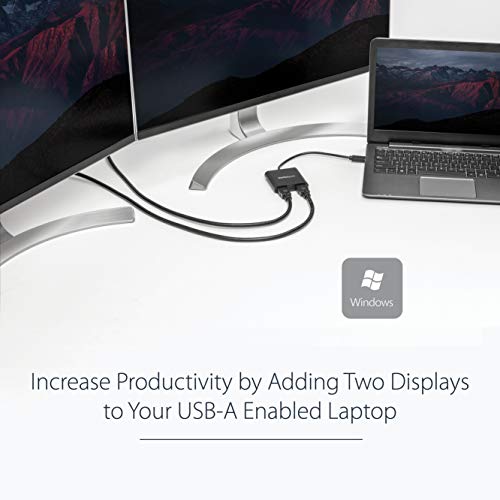 The biggest difference and advantage is that instead of simply mirroring the output, it recognizes both the displays as individual ones – which means that you can normally use both monitors individually and multitask just like you would with two HDMI ports.

Also, this adapter relies on USB instead of HDMI. So, you should be able to use this even on an older laptop that doesn’t have HDMI (But a USB 3.0 port is still a necessity).

The only downside is that we need to rely a lot on the drivers and the bandwidth of our USB ports. Some people have reported BSOD issues and problems with video playback as well. So, do keep that in mind.

As far as budget switches are concerned, we already mentioned Techole’s solution which acts as both a splitter and a switch in one. So, let’s just skip right ahead to SGEYR’s premium offering (We don’t know how to pronounce it either). 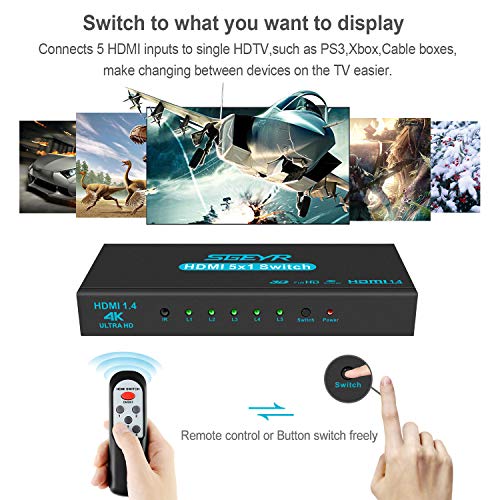 It offers 5 output ports and that should be more than enough for your average person. And even though the official documentation says that external power is required, the manufacturer has mentioned that it’s not necessary.

It also comes with a remote which allows you to switch ports from a distance. If there is one caveat, then that would be that it doesn’t come with any cables or batteries and that switching channels takes about 5 seconds. But, at this price point, we really can’t complain.

HDMI Splitters and Switches: Wrapping Up

That’s more or less all there is to know about HDMI splitters and switches. If you’ve got any more questions, feel free to let us know about them in the comments section down below and the WTLS will try to get back to you!

To wrap everything up as fast as possible:

George Kasiouras
Editor at Why The Lucky Stiff
George has been reading smartphone reviews since the days where single-core devices and Android 2.0 were a thing. And while he never expected to be the one to write them, here we are today. When he is not writing about tech, you'll find him writing novels, playing games, watching shows or anime, or maybe even soloing with his guitar.
LinkedIn: https://www.linkedin.com/in/george-k-8246a1169/