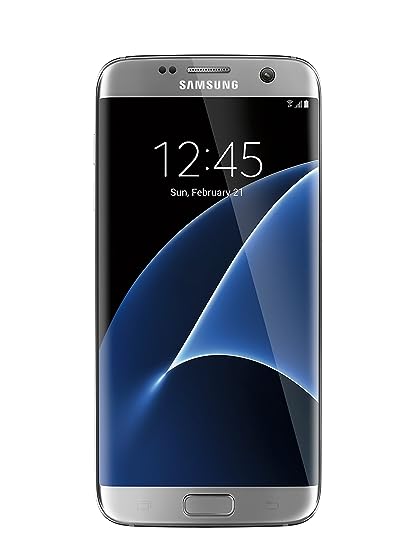 Many of us have seen the all-too-familiar situation of a shattered phone screen. However, for those looking for a way to get your screen repaired, you have come to the right place. Below is a step-by-step guide on how to repair your Samsung Galaxy S7 screen.

Be careful, though – Samsung has made it difficult for anyone but a professional to repair or replace the Galaxy S7 screen. Following these instructions precisely may still result in one or two small cracks in the new screen, so proceed with caution.

What You Will Need

Power off the device and remove the back cover from the phone. This may require the use of the blow dryer to assist in prying off the back. The plastic opening tool (i.e. gift card or guitar pick) can be used at this time as a prying tool.

Still using the flat edge of the spudger, disconnect the battery connector and unplug the display and digitizer connector. Now you are ready to remove the LCD screen of the phone.

Apply a miniscule amount of heat with the blow dryer to the LCD screen of the phone to soften the glue holding it in place. Heat for 2-4 minutes using the lowest setting. Remain aware of the condition of the screen as too much heat can damage the phone. Turn off the blow dryer at any sign of discoloration.

Slowly begin prying the screen upward with the razor blade in order to slide your plastic opening tool from before in between the LCD screen and the phone itself. Be aware that the glue may dry quickly and stick to the screen of the phone again. In that case, blow dry for 1-2 minutes and continue.

Having multiple plastic opening tools handy will assist with this process. Leaving the tool in place will help prevent the adhesive from redrying and holding onto the phone screen.

Slowly run your plastic opening tool between screen and phone until the screen releases from the phone. Be aware where the navigation flex and home button flex are located as they can break very easily.

Take care not to cut too deeply when using the plastic opening tools to remove the screen. Doing so can damage the front-facing sensors or speaker at the top of the phone or even the capacitive buttons on the bottom of the phone.

Remove all glass and debris left behind from the broken screen until there are none left. Use contact solution and microfiber cloth to ensure all adhesives are removed. Make sure to swipe in one direction, not back and forth; this helps prep the surface for a new screen.

Placing on the new screen on

Place your new screen on the phone, carefully applying pressure. Do not press down too hard, as that could shatter the new screen or damage the digitizer. When applying the new screen, it is very important to check if the frame is bent. If it is, the replacement screen may not mount correctly and could be damaged.

After replacing the S7 screen, it is important to reassemble the rest of the phone. Repeat the removal process in reverse. Turn the phone over and first replug the display and digitizer connector.

Place back in the loudspeaker assembly and, following that, the charging coil assembly.

Carefully put the NFC antenna back into its place. Then, position the back cover of the phone back into place.

Repairing your Galaxy S7 is no easy feat. However, it is possible. Just remember to keep steady hands and remaining careful and patient. Remember, there is always the option to entrust the repairment process of your Samsung Galaxy S7 to a Samsung professional, but following these steps might allow you to spare a sizeable chunk of money.

Follow US
Latest posts by The Lucky Stiff (see all)

About The Lucky Stiff

Michael has been involved in technology, digital marketing and mobile technologies for over 25 years. Previously, he has owned digital agencies from SolutionSet to founded a mobile technology company called RobotStampede. He writes for WhytheLuckyStiff and other similar blogs in his spare time to share his love for all things mobile, marketing and technology.